The Ultimate Guide to Cold Showers 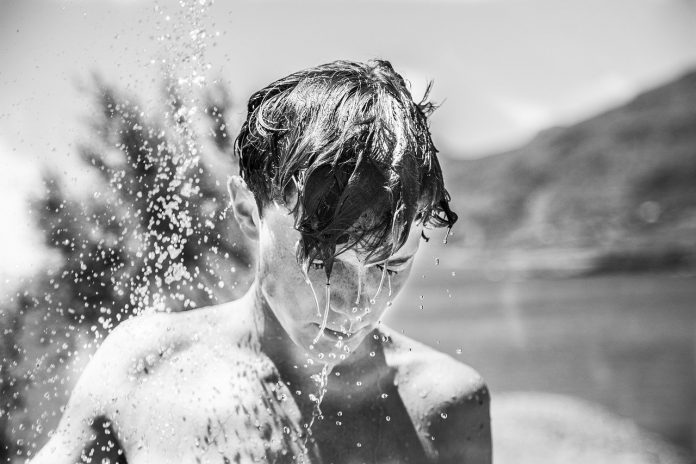 I used to be one of those people who would walk under a gushing hot shower, and I would stay there until my skin turned lobster-red. There was something addictive about the feeling of scorching warmth all over.

Little did I know that those glory days would soon be over because… well, let’s just say my skin hated it. It became itchy, dry, and irritable. I also found out that such baths were terrible for my blood vessels (they expand them and increase blood pressure).

I needed to clean up my act and try something new.

When I first heard people raving about the benefits of cold showers, it seemed beyond me to even try this stunt. I could barely wade into the sea without standing in the shallows for about 10 minutes. Before I changed my ways, I needed to see what science had to say about it.

The results from multiple studies demonstrate that coldness, and particularly cold showers, have indisputable benefits to our health.

When you take cold showers, your blood circulation becomes more efficient. As a result, your blood vessels allow for the blood to flow more quickly, which is why people with poor circulation can benefit from them greatly.

When coldness washes all over you, your body will try harder to maintain its average temperature. When our bodies detect coldness in a specific area, the blood vessels constrict at first. Then, the body sends a fresh supply of warm blood to the site.

When you take cold showers, the coldness distributes evenly all over your body. So your blood speeds up in response, rushing through every part of you.

It also has an amazingly refreshing feel to it.

“Cold showers might have an antipsychotic effect similar to that of electroconvulsive therapy because it could work as mild electroshock applied to the sensory cortex,” says a study published in the North American Journal of Medical Science.

The study further noted that cold showers could “suppress psychosis-related neurotransmission within [the largest dopamine pathway in our brain].”

According to the researchers, “immersion at 14°C increased plasma noradrenaline and dopamine concentrations by 530% and by 250%” while “cortisol concentrations tended to decrease” too.

As you may already know, cortisol is the leading stress hormone, while noradrenaline and dopamine are two of the main chemicals that help us feel alert and happy.

Hydrotherapy has been around for centuries because water has a tremendously beneficial impact on our well-being.

After many inconclusive studies on the impact of cold showers on our immune function, the controversy over cold baths came into the limelight when Wim Hof, a Dutch extreme athlete, set a Guinness world record by staying neck-deep in icy water for 112 minutes.

The Iceman bedazzled the scientific community by indicating that he could alter his immune response during cold exposure. Hence, his body reacted differently to the icy circumstance than it usually would.

“Anxiety disorders are the most common mental illness in the U.S., affecting 40 million adults in the United States age 18 and older, or 18.1% of the population every year”, says the Anxiety and Depression Association of America. One of the ways to fight panic attacks is by taking a cold shower.

“A cold shower is expected to send an overwhelming amount of electrical impulses from peripheral nerve endings to the brain,” research shows. It has an “antidepressive” and a “significant analgesic effect” on our nervous system because “cold is known to activate the sympathetic nervous system and increase the blood level of beta-endorphin and noradrenaline.”

Important note: Taking cold showers is not a therapy per se for any of the conditions we’ve mentioned, nor should it be used as a substitute for one. It may be used as a supplementary treatment along with other methods proposed by health professionals.

You should also be extra careful if you have any medical condition that may worsen or react unfavorably to cold showers. Make sure to consult a doctor unless you’re in good health.

How Do You Start Taking Cold Showers?

If you’re accustomed to having warm or hot showers, you will find the idea of having cold showers displeasing. This is why you need to prepare yourself mentally for it.

The goal is to make yourself enjoy the cold bath instead of viewing it as something you do unwillingly just for the sake of its benefits. This is extremely important, and it takes some time to master.

It may sound ridiculous, but you have to imagine and study your sensations during a cold shower. Take baby steps.

Hold your arm under a stream of cold water and take notice of everything you feel.

You can do that with both limbs if you want to, and even your feet. The cold water needs to cover enough surface of the skin for you to feel the actual sensations. In case you were wondering, the answer is no — fingers or toes won’t suffice.

As you start to feel the coldness on your skin, acknowledge how it makes you shiver or sends goosebumps down your spine. Imagine the pores on your skin shrinking and your blood becoming just a tiny bit colder than usual.

Repeat a mantra: “I love cold water,” “cold water makes me feel good,” or any other phrase that will convince your mind you’re enjoying the experience. And you will, at some point.

The next ‘trial version’ you can perform is going to push you further out of the comfort zone.

After you finish taking your regular warm bath, have a cold, wet towel at hand (not dripping wet, just a little soaked) and press it into your skin covering large surfaces of it — for example, your belly, back, legs, or chest.

This only serves as a gradual introduction to the actual cold shower. Not going to lie — it’s not pleasant. You don’t need to overdo it though, just try it a couple of times until the sensation becomes familiar.

During your regular warm shower, turn the tap to cold for just a few seconds. Turn it back to warm again and repeat the process several times each time you take a shower. Just like with the previous two steps, you must register the sensations and repeat the mantra.

Ideally, this gradual introductory period should last for about a week. After that, you should try and have a cold shower from head to toe without turning the tap to warm.

You may start with lukewarm water but turn the tap colder every few seconds until it’s completely cold. Unlike during the trial period, you shouldn’t turn it back to warm until the end.

How Long and How Cold Should a Cold Shower be?

It has been said that “the responses [to cold water immersion] reach a peak within 30 seconds of immersion and adapt over the first 3 minutes of immersion in most individuals.” (Bleakley & Davison 2010)

So, start with 30 seconds during your first week. You will gradually increase your level of tolerance over time. Throw in an additional 30 seconds after every week until you reach the 3-minute adaptation peak.

The average tap water temperature varies depending on where you live but also depends on the season. “Water in the piping located below ground will be approximately 55 degrees F. During the winter months, the temperature can drop to 45 degrees F,” says Julius Ballanco for Scientific American.

How do our bodies react to coldness?

We can sustain sub-zero temperatures for at least 10 minutes or stay in the 50–60 F water for two hours before the first signs of hypothermia start to show, explains Minnesota Sea Grant.

It means that even the coldest faucet water in our bathrooms can’t freeze us to death unless you spend more than 2 hours in it.

The tolerance to cold temperatures is individual, so some people may perceive 80°F as cold while others have no problem with taking a shower with 70°F water or even less.

As far as the shower’s length is concerned, it also depends on your individual threshold. To reap the full benefits, a 2–3-minute session is just perfect, although you can still make good use of a 1-minute drench.

Editor’s note: As always, consult your doctor before attempting to do anything to improve or alter your physical state or general wellbeing.