What Can You Do About Impostor Syndrome? 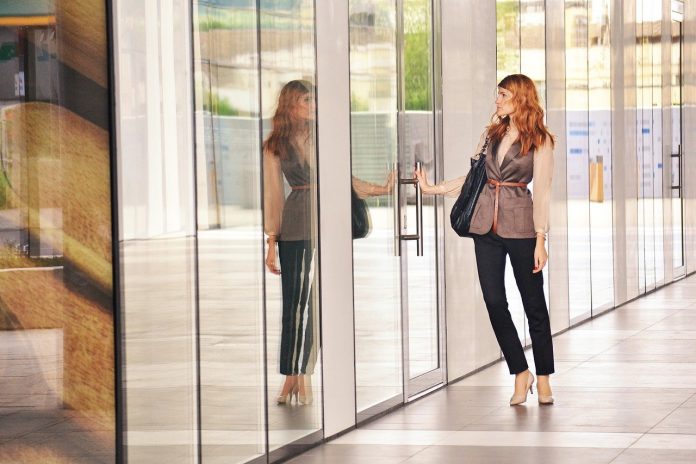 The impostor phenomenon was first researched in the late seventies, in the context of high-achieving women’s experiences in the workplace (Clance & Imes 1978). It became widely known as impostor syndrome in the subsequent years. Though this isn’t a syndrome in the medical sense, the experience is certainly real and it can cause significant damage to a person’s career. Because the phenomenon comes with a constant experience of stress, it can also have an impact on our physical and mental health.

What Is Impostor Syndrome?

Impostor syndrome is a pattern of thinking that affects the way you see yourself. It is associated with low self-esteem and a fear of not being good enough. When someone has impostor syndrome, they feel like a fraud. They may think that others see them as more competent than they really are.

People with impostor syndrome also tend to live in constant fear of being ‘discovered’. This fear has no basis in reality – but even when people understand on some level that they never deceived anybody, the threat still feels real.

We usually talk about impostor syndrome in the context of work. However, the same phenomenon can manifest in romantic relationships and even friendships. Some people feel that their nearest and dearest don’t truly know them or have a false view of them, which damages interpersonal bonds.

How to Take Control of Your Impostor Syndrome

Any adult can have impostor syndrome, regardless of their age, gender, level of education, profession, ethnicity, or any other factor. It even impacts children and teenagers (Escalante 2019).

With the problem being so widespread, it is becoming easier to find help and alleviate the situation. While it might not be possible to completely eradicate impostor syndrome, there are ways you can deal with its effects on your life,  and here is a good place to start.

Step One: Acknowledge the Issue

What if you’re not sure whether you have impostor syndrome? You can take this test by Dr. Clance, one of the scientists who first discovered the phenomenon. There are also countless online resources you can use to help with your self-reflection, such as this 10-minute online test.

But the answer is usually straightforward – if the experiences of people with impostor syndrome resonate with you, you probably have it too. Recognizing what’s happening might not make it go away but it can help you solve situations where your impostor syndrome could sabotage you.

You may have heard the statistic that 70% of people have experienced this phenomenon at least once in their lives – this number comes from a well-known survey from the eighties (Gravois 2007). But a recent systemic review (Bravata et al. 2019) found that estimates vary widely depending on which group is being surveyed and how impostor syndrome is being defined. The prevalence could be as low as 10% or over 80%, depending on who you ask.

According to the same systemic review, we also don’t know if impostor syndrome is more prevalent in women than men. Some studies found no difference between men and women, while others found that women are more likely to experience it.

Drs. Clance and Imes initially described the syndrome as exclusive to women. They linked the experience of impostor syndrome with negative stereotypes about women in the workplace. It later became clear that experiencing discrimination isn’t the only cause of impostor syndrome but it remains a significant one. The American Psychological Association states that “differing in any way from the majority of your peers — whether by race, gender, sexual orientation or some other characteristic — can fuel the sense of being a fraud.” (Weir 2013) Even something as simple as being significantly older or younger than your coworkers can create these feelings. The following groups are also especially vulnerable to impostor syndrome:

Finding the source of the feeling can help you re-frame the way you think about yourself. This eases the emotions of shame and anxiety that come with impostor syndrome.

Unfortunately, succeeding at new, bigger challenges won’t necessarily make impostor syndrome go away. Some of the most successful people in the world still experience this problem – for example, there is entrepreneur Mike Cannon Brookes, co-founder of the software company Atlassian. You can watch his TED Talk on his experiences below:

Brookes’ advice is to keep calm in situations where you feel like a fraud. Don’t freeze up, keep talking, and put your feelings aside for the time being. If you feel uncertain about any particulars, you can leave them for later or simply keep asking questions – remember that being careful isn’t a bad thing, as long as you aren’t stagnating. According to Brookes: “the most successful people […] don’t question themselves but they do heavily question, regularly question their knowledge.”

As long as you don’t let it shackle you, there are ways you can use and transform the feelings of being a fraud into something useful. Being outside of your comfort zone can inspire you to take risks (Burnford 2019). If you’re going to feel like a fraud anyway, why not try your hand at something daring and new?

Step Four: Don’t Let It Distract You from the Big Picture

Dr. Valerie Young is the world’s leading expert on impostor syndrome. She has a website dedicated to providing people with the resources they need in order to get their impostor syndrome under control. Young is committed to helping everyone find their sense of worth in the workplace. This often means saying yes to challenges in spite of feeling like a fraud.
However, she draws attention to the fact that not every new opportunity is a good idea. Here are some of the reasons why a person might choose to refuse a new opportunity:

So when a new opportunity presents itself, and you have a negative emotional reaction, it’s important to stop and interrogate yourself. Find out why you think the position isn’t right for you. Is it just the impostor syndrome talking? Is it a realistic assessment of the best ways to use your skills? What is it you truly want? Clarity in these situations is crucial.

While it can make it hard to say yes, sometimes impostor syndrome makes it difficult to say no. People who feel like frauds may struggle to turn down an unfavorable opportunity. For example, they might take a job they’re overqualified for because they don’t think they truly earned those qualifications. In intimate relationships, they might settle for a partner they don’t care about, as they think they don’t deserve anything better (Alvarado 2015).

We need clarity in order to make the right choices in spite of these feelings of inadequacy – but where can we find it? Asking for help can give us the broader perspective we need.

Speaking with a professional – such as a career advisor or a psychologist – is generally a good move when things are feeling hazy. Additionally, it often helps to just talk it out with other people in your life. Honest conversations with your loved ones can give you the boost you need to keep forging your path. Mentors are extremely helpful as well, especially ones you have a warm personal relationship with.

Interestingly, a recent study found that talking to people going through the exact same situation can make imposter syndrome worse (Gardner et al. 2019). It was found that students who asked for help from their peer group developed an even stronger sense of being frauds. However, talking to professors or to other friends eased the distress and helped the students form a more holistic view of themselves.

For people who are a minority of some kind, it also helps to seek out people who share their background and work in the same field (Wong 2018). This might also ease the sense of isolation that sometimes goes along with impostor syndrome.

You Deserve to Be Proud of Your Achievements

Impostor syndrome makes it difficult to own our success. Instead of celebrating your victories, your time is spent on feeling guilty and awkward. It also decreases your motivation and happiness levels (Jerabek 2019).

If you’ve gone through these experiences before, why hesitate? Take the time to think about your impostor syndrome, find its roots and the best ways to fight it. The next time you’re successful at something important to you, you will find it easier to relax and enjoy your moment of triumph.