How (Not) to Argue with Your Kids 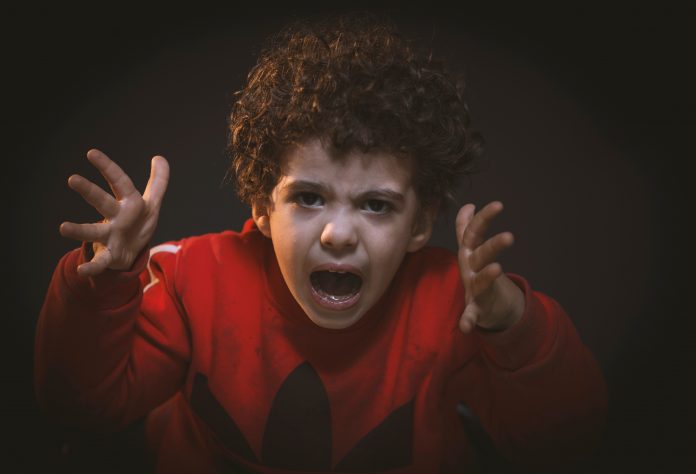 Arguments can lead to the most exhausting, dispiriting moments of being a parent. Screaming matches on the way to school, sullen silences over dinner, that feeling of talking to a brick wall. These can happen in any family, and so can quieter, subtler arguments that lead to a build-up of anger.

What is a good way to argue with your kids? Here is a look at how you can resolve everyday conflicts without letting them poison the relationships in your family.

The Inherent Conflict Between Parent and Child

Nancy S. Buck, developmental psychologist and author of Peaceful Parenting, says that conflicts between children and parents are universal. “[A]s soon as you learn you are going to be a parent, you and your child are already in conflict. This is true whether you are becoming a parent through birth, adoption, fostering, step or blending families together.” (Buck 2011)

The reason behind this is simple – children want to discover the world, try new things, experiment, and meet challenges head-on. But being concerned about their safety is your job as a parent, and this often means curtailing their freedom in some way. This lies at the root of many parent-child conflicts, whether your kid is a toddler or a teenager.

Dr. Buck’s solution is to focus on increasing your child’s freedom. When you teach them how to handle this new freedom safely, you can reach satisfactory compromises. A few of her tips are available here.

Sometimes, it is best to step back and let kids make their own decisions and then face up to the consequences. For example, you can let them leave their room messy, but don’t clean up after them. This will teach them independence, and let them build a value system of their own.

Of course, even if you try to give your child as much freedom as possible, some conflicts are impossible to avoid. But you don’t want arguments to become automatic. Every time you argue with your kids, it should have a clear purpose – the argument should resolve a specific problem.

Don’t Fight Out of Habit

Too many parent-child arguments become a draining, ongoing ritual. These reoccurring fights waste everyone’s time and they have a negative impact on the way that family members feel about each other.

To break out of the habit of fighting with our child, we have to step back and take a good look at what’s going on. Here are the possible reasons why we keep having unproductive, repetitive arguments:

1. There’s a Different Conflict Lurking in the Background

It’s important to question why an argument is happening in the first place. Are you arguing about a current problem or are you really thinking about something else? For example, you may be worried about how your child is doing at school, but instead of talking about it, you get in an argument about them using their smartphone too much. Talking about their phone use can turn into a habit you return to every time you’re worried or angry.

Try to find the best way to approach the specific conflict at hand without getting into any digressions. It is helpful to take a moment to think about what you’re feeling. You can also talk it out with your partner (or a parenting community) before you bring it up with your kid.

Consider using resources like this website by the Scottish Centre for Conflict Resolution, which can help you pinpoint what you truly want to talk about. Hearing concrete advice about the problem helps you maintain your focus.

2. Generalizations Are Derailing the Argument

Sometimes, we get caught up in patterns of thinking that don’t serve us well. For example, we can start seeing ourselves as martyrs, meaning that we think we’re putting everyone else’s needs above our own (and we resent that). Or we may assume that our child never listens to reason, so we talk to them in a raised voice from the get-go. If repetitive arguments are frequent in your home, you might find yourself saying things like “You always do this!” or “You never listen to me!”

These generalizations aren’t helpful, and they’re just another way to steer the conversation away from the problem at hand.

Even at a very young age, children have a strong sense of fairness (McAuliffe, Blake & Warneken 2017). Being blamed in this way will seem unfair to them. It also gives them no incentive to change the behavior you have a problem with. If you label them lazy or obstinate (or worse), they won’t see the point in improving the situation even in small ways. After all, they can’t change who they are all in one afternoon. But who they are isn’t really the problem – your conflict grew out of actions your children took (or didn’t take). That is something they can control.

Again, talking things out with an adult first can help you see yourself more clearly. It’s also a good idea to pay extra attention to your child as they explain their side of the conflict. Why are they currently falling behind in school? Do they disagree about which household chores are important? Removing the generalizations may not resolve the conflict, but it will make arguing less stressful and more informative. The more you understand about a specific situation, the more progress you can make.

Another reoccurring element in habitual arguments is that the child may demand an explanation you don’t want to offer. This is especially common when you’re tired and in a hurry. Sometimes, we just want to be obeyed without question.

Author and coach Kris Prochaska has a moving TED Talk about why this one-sided conversational approach leads to problems in parent-child relationships:

She advises us to keep in mind that our children are equal to us in their capacity for creative thinking and problem-solving. Hearing them out helps them build confidence, and it pushes them to keep developing their abilities.

Prochaska believes that children who grow up hearing “because I said so” too often will keep questioning their own value. Even as successful adults, they can’t stop second-guessing their decisions.

What to Do Instead

There are situations where we have to act quickly, and there is not always enough time to explain your reasoning. But we can remove “because I said so” from our repetitive arguments, which tend to happen at a slower pace.

Doing so will make a significant difference. Your child will feel seen and understood, and you may find yourself having fewer habitual arguments in the first place. Rather than expecting obedience, place the focus on expecting the child to be compassionate and practical.

It’s important to keep in mind that children can understand cause-and-effect as early as age three (California Department of Education 2019). So while long-winded explanations won’t work on a young child, you can still explain your reasoning in age-appropriate ways. As a child grows, they appreciate being spoken to as an equal, and they tend to be open to compromise. Be honest when talking about your side of the situation, even if it involves sensitive topics. Trying to look all-knowing and infallible isn’t worth the effort, and won’t bring especially good results.

As your child grows, they will develop an argument style of their own, based on their temperament. But like with all other aspects of life, your influence on them will remain immense. Children generally respect the spoken and unspoken rules for fighting in your family. For example, if you never use insults, they will likely refrain from using them too.

Science has shown that even for young children, being kind and attentive is more important than winning arguments (Sarnecka 2018). You can choose to cultivate this innate kindness, along with respect and good humor.

Unfortunately, it’s not possible to smooth away every conflict your child will have in their lifetime – so why not teach them to argue in the best way possible?