Parenting or child rearing is the process of promoting and supporting the children’s intellectual, physical, emotional, and social development and well-being. Parenting refers to the problems of raising a child and not exclusively for a biological relationship.

The most common caretakers are the father or the mother, or both. However, this role is often fulfilled by the biological parents of the child, although the role may be taken by an older sibling, a grandparent, a legal guardian, aunt, uncle or other family members, or a family friend.

Society and the government also have a role in child-raising. In some cases, they can even play a pivotal role in a child’s life, especially when the children are abandoned by the parents, or when the parents die, leaving no other relatives behind.

The concept of parenting has changed for the better part of human history, and so have the roles within the structure of a family. The relationship and the bond that children shared with the mother or father has also changed drastically, especially in modern societies.

All parenting styles come with their own set of pros and cons, and there’s hardly one that can be designated as the “correct” one (but there are those that can be more harmful than others). Different parents value certain behaviors, while some appreciate others. Choosing a parenting style, ironically enough, rarely comes down to actual choice - instead, it is about doing what feels to be right and what the parents deem to be the proper way of raising a child.

Given that it’s rarely a deliberate choice that parents make, there are four major parenting types that emerge and explain how most people seem to raise their children. These are authoritarian, authoritative, permissive, and uninvolved.

With the authoritarian style of parenting, there’s very little room for the children to make their opinions heard. It is a very strict approach to raising children, where parents often demand obedience simply because they’re parents, meaning they need not provide any reasoning to their decision. This is why the authoritarian style comes with “because I said so” adage.

There are strict rules in the household that children must abide by. Any deviations from these rules earn them punishment, with the goal of making them sorry about the mistake they’ve made rather than learning how to avoid it in the future. Expectations are high, and children now better than to disappoint the demanding parents. Such high expectations often do have a positive impact on the children, who go on to have successful careers, but it can also push them in the other direction much easier. Studies show a strong connection between authoritarian parents and alcohol and drug abuse. Anxiety and depression are also more common in these children.

Oftentimes, people can’t seem to make a difference between authoritarian and authoritative parenting styles. And while they do share some similarities, such as the enforcement of rules and strict parenting, they’re widely different in how the children are treated.

With the authoritative approach, children’s feelings and opinions are taken into consideration, but ultimately, decision-making rests on parents’ shoulders. Instead of being “presided over”, children are given proper reasoning as to why certain decisions have been made. The punishment system revolves around teaching them how to resolve problems properly instead of scalding them until they feel sorry. The positive relationship with the children is very important for the authoritative parents, and patience is crucial to achieving that.

This parenting style is often considered to be the most reasonable and well-balanced approach to raising children, but the downside is that it does not come naturally. It takes a lot of practice to become a level-headed parent who’s always got patience for their child, never to snap.

Permissive parenting type is more about being a friend to the child, rather than a parent. While some of the permissive parents do make rules, they rarely enforce them and more often than not, there aren’t any real consequences for bad behavior.

While emotional support is one of the strong suits of a permissive parent, most other facets of a child’s life suffer from it. They’ll always have someone to confide in, which ought to make them happier, at least until reality kicks in. With almost no rules to follow, children of permissive parents tend to do worse in academia and have more physical health issues to contend with. The reason for that is their inability to cope with rules, authority, and simply having to do something.

When parents do very little to be in the know about what their children are doing or who they’re with, then they’re usually referred to as uninvolved.

Uninvolved parents don’t really devote much time to their children, sometimes due to a high amount of stress, piles of housework to be done, or because they work multiple jobs. Sometimes, this happens due to sheer negligence on parents’ part, as if they’re expecting the children to raise themselves on their own.

Whatever the case may be, children of uninvolved parents, grow up to have less self-esteem and are generally unhappier. Only rarely do they benefit from such upbringing by becoming more mature and self-sufficient in their lives, but a more realistic outcome is that they land in a lot of trouble as a result of aggression and behavioral problems.

Roles of Parents in Child Development 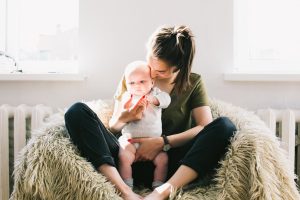 Parents are children's first teachers - that much is clear. From the earliest age, they’re reliant upon their parents to provide them with sustenance, protection, but also lifelong learning. All of these roles of parents are just as important. Little mammals that our children are, they can’t fend for themselves for a long time, which makes it obviously clear that they need parents to be there to feed and nurture them. Moreover, they require protection from their birth givers, and they need it all the time.

And while it’s obvious that these roles are crucial on an existential level, how about on a more cognitive and empirical level? That’s where truly amazing parents shine, while those less involved struggle to provide children with what they need.

This experimental role of the parent involves a present and interested parent, who strives to teach their young about the world. We’re saying “experimental” because it’s precisely what children like to do - experiment. With parents there to provide them with proper guidance, they can learn and get to see what life really is. That’s why parents need to take on multiple roles, from paying attention to what is of greatest interest to their child and help them nurture it, progress, and get better.

Parental responsibilities are more in line with what we’ve discussed only briefly in the previous tab. While the greatest role of the parent should be to nurture child’s curiosity and provide a safe space to practice it, while at the same time providing the child with substantial cognitive stimulation, parental responsibilities are services parents render to their children who are still too young and incapable of taking care of themselves.

In other words, parental responsibilities are responsibilities that befall adults and people who know enough to be in charge of another human being. That means that parents are there to provide their children with sustenance, taking care of their most basic needs as human beings.

After food and shelter, the issue of health arises. Parents are the ones responsible for providing their children with proper healthcare and everything modern medicine prescribes. They must make sure that the child is given proper medical treatment under all circumstances. Finally, it’s up to the parents to decide what they’ll do regarding the questions of education and spirituality of their child. Are they going to enroll their child in a private or public school, or maybe even homeschool them? Are they going to raise the child in a religious setting or devoid of it? These are questions that all sensible parents should address at one point or another, simply because a child cannot.

I’m a dad of two. That means I’m responsible not just for my own wellbeing, but also my family’s health and happiness. And sometimes, the...

You start out as the most important person in your child’s life. While your goal is to raise an independent individual who will forge...

Parenting: The Gift of Understanding

Having hopes and dreams for your child is one of the hallmarks of a loving parent, devoted to setting the course of a child’s...

How to Increase Self-Control in Children

Have you ever been in a situation when your three-year-old started throwing a tantrum over a toy you were reluctant to buy? The youngster...

“Frau Meyer, your thyroid biomarkers are fine. The TSH and Total T4 levels seem normal. The TSH is a...

I’m a dad of two. That means I’m responsible not just for my own wellbeing, but also my family’s...

At a random hour on a random day, as I was daydreaming and lost in my thoughts, I typed...

Traveling is becoming prevalent in contemporary society, wouldn’t you...

The Neuroscience of Narcissism

This series of articles has focused on narcissism and...

‘Just Be Yourself’ — The Journey Towards Authenticity.

“Frau Meyer, your thyroid biomarkers are fine. The TSH...

How You Should Start Your Workday When Working From Home

“The other day, I sat down to work in my home office, well-rested and...

Have you ever experienced that nagging feeling that if people really knew what you...

Chicory coffee mixes are loved all around the world, and if you’re from New...

How NLP Can Help You in Your Career

Overwhelmed With Questions About Life? Take This Buddha’s Advice.

“One must immerse oneself in the river of life and let the question drift...

Seven Steps to a Happy Family

Reading about statistics probably isn’t your top choice for a relaxing afternoon. But if...

An Easy Guide to Dealing with Stressful Situations

With stress becoming an ever-looming presence in the contemporary lives of people everywhere, it’s...

At a random hour on a random day, as I was daydreaming and lost...