Anger isn’t as dangerous as we think. It’s not as useful, either. Here’s what you need to know.

“We cannot selectively numb emotions — when we numb the painful emotions, we also numb the positive emotions.”
– Brené Brown

Passion n.
– the capacity to feel intensely, to experience life vividly, to care strongly. The opposite of apathy and indifference.

I’m a big fan of this. But we’re not talking about being emotionally unstable or dysregulated here. Which brings us to…

Emotional Intelligence n.
– having the full range of healthy emotional response, recognizing your own and others’ emotions, understanding what’s going on, and taking appropriate action. Sometimes called EQ (the emotional analogue to IQ).

OK that all sounds great, but what about anger?

What if someone is passionately angry—is that good or bad? Does the idea of EQ embrace anger, or shun it? Isn’t anger abusive? What’s healthy and what’s not? Is anger to be avoided?

That said, in the spectrum of emotions there are a few things about anger that set it apart.
So here are some things you need to understand about anger—now, while you (hopefully) are not in the thick of it — followed by a three question self check-in you can use when you are in the thick of it to help you quickly transition to something more useful.

First, a few things to understand about anger.

“Speak when you are angry and you will make the best speech you will ever regret.” – Ambrose Bierce

With other emotions — for example, when you’re wracked with sadness— you know you’re not operating at your best. It’s self-evident. But anger can deceive you into believing you’re the most capable, intelligent, sane human being on the planet.

That’s a problem, because it’s tempting to secretly believe that being angry is somehow effective.
That it’s a useful tool.
That you need to be angry in order to change something.
That you’re somehow more powerful when you’re angry.
That people respond to anger more readily than they do to other approaches.
That the alternative to anger is acquiescence or passivity.

You can see how these beliefs might work against you if your goal is to avoid or move past anger.

Anyone who’s ever used anger as a threat — “Don’t make me get angry…”—or used it as some sort of final resort / nuclear option—is guilty of this misunderstanding.

The idea that you’re more effective when you’re angry is roughly analogous to the idea you’re a better lover when you’re drunk.

Of the hundred-plus quotes I came across while researching this article, a good two thirds of them are different ways to say, when you’re angry, you’re dumb, so don’t do that thing you think is so brilliant, because it’ll be worse than the thing you’re angry about.

So check in to see if some part of you consciously or unconsciously glorifies anger. And if so, take Lao Tzu’s advice and let go of the idea that anger is useful or necessary to get shit done. There are always more effective tactics.

If you’re prone to bouts of anger, you may be habituated to the dopamine high that it gives you.

Yep, anger stimulates the reward centers and can become an addictive habit.

So when you feel that pull to get angry, you might find it helpful to notice how similar it is to a drug craving. Because that’s what it is.

Once you start to make different choices, and you’re not angry as often, or for as long, just be aware that you might, strangely, miss the feeling. Don’t be surprised if you have withdrawal symptoms.

Anger is not synonymous with being abusive, destructive, or assholish

I worked with a couple who fought. Like a ping pong game, they took turns being mean to each other, then feeling remorseful and guilty, back and forth in a vicious cycle.

It was a pattern they wanted to stop. They both thought they were supposed to not get angry, and felt like their anger was some kind of moral failing.

Their previous relationship counselor tended to try to reason the anger away, which only served to validate those beliefs further, without actually helping.

But anger is an iemotion. Like happiness, sadness, or fear.

They didn’t have to not be angry. They had to learn how not to be mean. They needed to learn to catch where they turn vengeful, spiteful, contemptuous, punitive. Where they become deliberately hurtful.

Those are true relationship killers. None of them are synonymous with anger. They’re all learned behaviors.

Somewhere along the way they had picked up the idea that that’s just how you act when you’re angry. 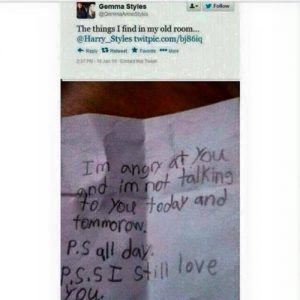 And as they learned not to weaponize their anger, it became possible for them to be angry without forgetting that they love each other.

It became possible for them to vehemently, even passionately disagree and still maintain the respect and high regard they actually had for each other.

It became possible for them to have strong feelings in a way that wasn’t harmful. That didn’t cause wreckage.

They had learned the difference between being angry and being mean.

And this shift carried into their relationships with family, with colleagues, etc. as well.

So, no, being angry is not in any way synonymous with putting the people around you in harm’s way.

And by the way, a related skill, one I needed to learn, was not turning my anger inward. I was good about not punishing other human beings with my anger, but I needed to remember to include Ken Blackman on that list, too.

When you’re angry, the main thing to communicate is your anger

It’s hard to express your desire—the change you want to see—and have the communication land when your own focus is still so strongly on your own displeasure. The emotional charge tends to drown out the request.

If you’re not in the space to turn your attention to having things get better moving forward, don’t expect to be super effective at pointing the listener there. Not yet.

Think of anger as a response, whose focus is on what happened, and whose native language is displeasure and complaint. Whatever your choice of words, your underlying communication is about the past and your current emotional state.

From an EQ point of view, the fact that you’re angry is vitally important to express!

But it’s not a request.

A request has the power to set in motion the changes you want to see… but only as early as now, and moving forward. Sorry, no earlier.

Making a request requires you, the communicator, to decide to turn your focus forward.
And that may mean handling the emotion, as an emotion, first.

I see enough to see that something is wrong… but if I saw everything and everyone with perfect clarity, I wouldn’t be angry. If I were all-seeing and all-knowing, I would feel nothing but the deepest love and compassion for everyone involved.

At the same time I would know exactly what to do about it.

In a more down-to-earth sense, the more I know, the more I shift from anger to that state described by the Serenity Prayer — I regain my sense of empathy, love, compassion and acceptance…but I also gain clarity, purpose, and the ability to take powerful, effective action to bring about change.

If I can’t seem to access either side of the Serenity Prayer equation, no matter how hard I try, it’s because there’s something I’m not seeing, something more for me to know.

Curiosity is what can get me unstuck here. The more I know, the less angry I am.

The partial truth may be about oneself

Anger is most often used as a protective defense mechanism to cover up other, more vulnerable feelings—usually either hurt, or shame, or fear.

(There’s even a name for this: hiding and biting. If you’ve ever seen someone you’d expect to feel guilty about something they did, or afraid of retribution, and instead they lash out incongruously, as if they were wronged themselves… that’s hiding and biting.)

Needless to say, you’re better off confronting the underlying feeling than covering it up with anger.

So the next time you’re angry, ask yourself these three questions:

1. What am I not seeing about the situation?

2. What feeling am I trying to protect myself from?