But we don’t have to play by these rules.

Way back in 1996, journalist Tom Sutcliffe jokingly invented the term Opinion Fatigue Syndrome. He said it’s a condition where you get a sick feeling of dread every time someone asks for your opinion.

He described an occasion when he got cold-called by a radio host from a debate show. He scandalized her by saying he had no opinion at all on the hot-button issue of the day.

“What is the real value of that great ruck of opinion formers, those ceaseless production lines churning out half-baked ideas for people to wolf down on their way home from work so that they can regurgitate them later, slightly the worse for wear after their passage through the intellectual system?”

Shock jocks have moved on from the radio waves to podcasts and youtube – and, worst of all, to Twitter. We don’t have the luxury of changing the station anymore.

Society in general has changed since 1996. We’re all invited to be shock jocks, all the time. There has been an erosion of boundaries between opinion-makers and ‘normal people’.

This creates the illusion of a democratic debate, with everyone’s voices getting heard. But in reality, it stifles deep dialogue and takes a toll on us.

Everyone Is Involved in the Conversation, and Nobody Enjoys It

These days, our opinions go straight to social media. To stay relevant, we have to have an online social presence, and it’s not enough to post the occasional breakfast selfie. We have to keep up with the times.

Every day, there’s a new trending topic inviting us to chime in, regardless of how much it matters to us personally. To impress others and decrease FOMO, we share half-informed opinions about political matters in distant countries, celebrity blow-ups, and even scientific breakthroughs we don’t fully understand.

This pressure messes with our ability to learn new things. In the name of staying informed, we actually become less receptive to new information.

Trial-and-error is a natural part of the learning process. It takes time to:

Time is precisely what we don’t have.

In the rush to comment on every new thing, we collectively fall prey to the Dunning-Kruger effect, a cognitive bias that gives us undue confidence when we know very little about a subject. 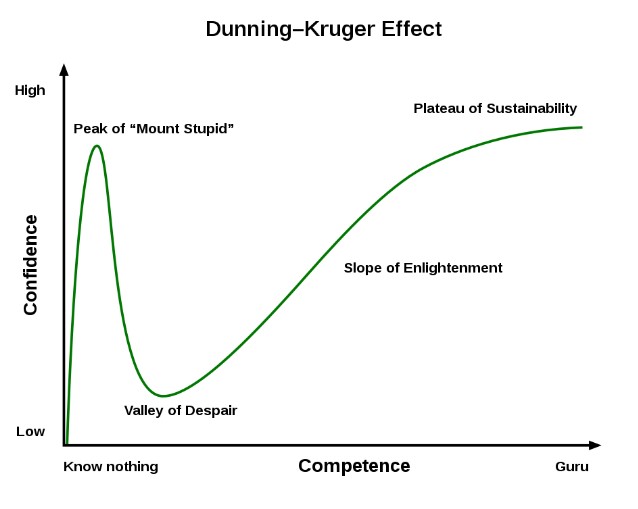 Some of these shallow online conversations bring us visceral pleasure. We enjoy feeling authoritative, holding people’s attention like we know everything (even if we only read a couple of Wikipedia articles and maybe saw a TED Talk about the topic once).

It’s a feeling that’s easy to get addicted to. But over time, that adrenaline spike stops. We always feel slightly behind-the-times.

Since there’s no time for nuance, we don’t try to think about things more deeply. This creates a sense of frustration and helplessness that we can’t source.

Changing Ours Mind Shouldn’t Be This Hard

Every opinion we have feels etched in stone. We rarely walk back on anything we’ve said.

If someone pushes back against our opinions, we go straight into fighting mode. In the arena of social media debates, it’s extremely rare for anyone to say “I understand where you’re coming from and I need some time to think about it”. We almost never see people getting convinced to change their opinions.

According to science, here are the main reasons why it’s so hard to change our minds, especially on divisive topics:

It’s easy to see how social media exacerbates all of these issues. We form echo chambers and get emotionally attached to them. Our communities are determined by our opinions and vice versa.

What can we do to avoid falling into these cognitive traps?

“Nothing is more conducive to peace of mind than not having any opinions at all.” — German satirist Georg Christoph Lichtenberg

It’s difficult to stand up to social trends, and remaining neutral doesn’t always reflect well on our reputation.

But let’s stop letting the crowd push us around. Anyone can try not to form opinions too quickly.

Sometimes, the wisest thing we can do is sit back, shrug, and decide that a particular topic is none of our business.

Other times, we’ll realize that the topic is something we care about. In that case, we need time to dig into it, examine it from all angles. When we do decide to talk about it, it won’t just be empty noise.

Let’s stop using social media to vent our feelings. That’s what journals are for (and also our loved ones, if they’re willing to listen). Feelings are ephemeral, and we don’t want to set them in stone. Let’s try to let them pass us by.

There’s no use pretending that we’re beings of rationality. We often make decisions based on gut feeling, and then we come up with post hoc rationalizations, meaning that we cherry-pick rational arguments that support our feelings. But if we let this natural process happen in private, it’s easier to walk it back.

We all need to fight for the freedom to change our minds whenever we want.

If you get accused of apathy, incuriosity, or callousness for your neutrality – don’t take it too seriously. You can’t control what other people think about you, especially online. Just remember that your time and energy are finite, and you want to focus them on a few important things. Read books and talk to people. Try to find yourself again.

And if someone else changes their opinion in your vicinity? Be graceful about it. Don’t go digging for receipts, don’t mock people for asking questions.

The world is a mess, and we all keep talking past each other. But we can work on changing that. Let’s start with saying “I don’t know enough about this to form an opinion”. Hopefully, others will follow our example. 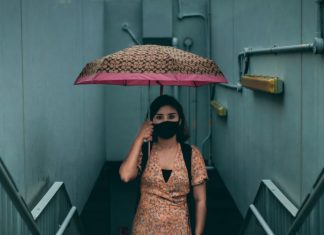 Emily P.G. Erickson
In beforetimes, the screentime bar graph on my iPhone, which shows how much time I spend on the device, was a neat collection of...