Five Powerful Brain Hacks You Can Do in Under Five Minutes 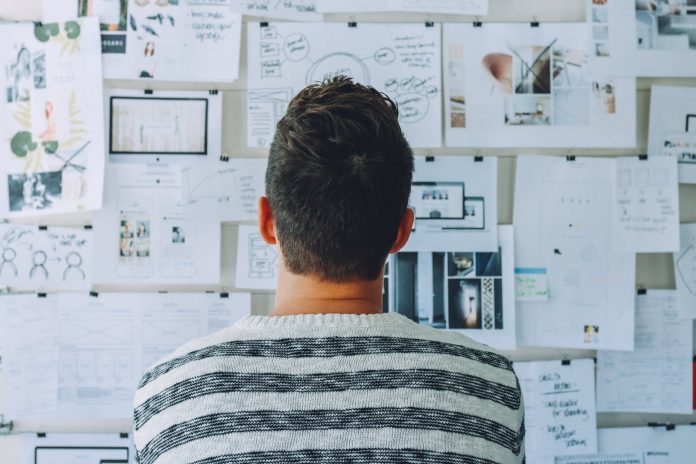 We have all been there. The exams are coming up, and the pressure seems to be overwhelming. At those moments, you can’t help but think that you would give anything for a slight intellectual boost.

That is where brain hacks come into play. By putting in some effort, you can greatly improve your memory. But, then again, most people are worried about taking time from their busy schedules to train their minds and improve their abilities. If you are one of them, worry not, for we have you covered with brain hacks that you can do in an incredibly short amount of time.

Five Hacks You Can Do in Under Five Minutes

Okay, we have all heard that chewing gum can help you study better. But, a lot of people have been rightfully skeptical about the idea. Chewing gum is not something we would usually associate with demanding mental tasks.

Thankfully, we have a study that we can turn to learn more about this brain hack. In February 2010, the Nutritional Neuroscience journal published a study that shows that chewing gum can lead to a significant increase in performance. But, it accomplishes that goal relatively indirectly (Smith 2010).

The study included over 130 volunteers going through a variety of tests. Half of the subjects were subjected to testing in a stressful environment by introducing 75 dBA noise. The other half of the students got to do their tests in peace.

Moreover, one half of each group (stress and non-stress group) were given chewing gum while the other half was kept as the control group. The tests included tasks that can measure various cognitive functions.

In the end, the results of the study were encouraging. Unlike the previous studies that included similar situations, the new study from 2010 didn’t find an increase in memory retention. However, those who chewed gum showed signs of improved mood and alertness. Their reactions were faster and, more importantly, they got noticeably better at focusing during the tasks.

So, while chewing gum won’t immediately turn you into Einstein, you will still benefit from the improvements in sustained attention greatly. Best of all, it takes no effort and next to no resources to give this life hack a try.

When the deadlines start getting shorter, most people believe that you should hunker down and work non-stop. But, studies show that it might be beneficial for you to take a break every hour or so.

In Volume 44 of Learning and Instruction, the reports from a large-scale study show that breaks can improve the ability to learn and perform during tasks. The study included mostly children, but the results speak for themselves. The kids that were given frequent breaks and 10-minute lessons showed that they could maintain on-task behavior better than those who had fewer breaks and 30-minute lessons instead (Godwin et al. 2016).

Of course, the benefits of breaks don’t extend solely to kids. Another study has shown that taking a break from work will not make your powerful brain stop working. In fact, your brain is hard at work at any given moment, even if you don’t consciously think about the task at hand (Immordino-Yang, Christodoulou & Singh 2012).

Additional studies have shown that the work your brain does during a break is crucial for memory consolidation. It helps you understand what has happened and allows you to start analyzing past experiences to enable you to make effective plans and come up with solutions to your problems.

Furthermore, people around the world know this to be true through anecdotal evidence. Just think about any time you couldn’t solve a problem, no matter how much time you spent on it. But, when you took a short break, you had a jolt of inspiration that gave you the correct answer.

Basically, all a human brain needs to come up with effective solutions is a bit of time to sort through all of the latest personal experiences before it can work on developing creative solutions.

3. Move Your Eyes From Side to Side

This brain hack is one of those that is relatively hard to buy into, and, for a simple reason. On the surface, it doesn’t make much sense. How can shifting your eyes from side to side help your memory in any way, shape, or form?

Well, a brief report from 2008 that was published in Psychonomic Bulletin & Review notices that multiple studies found that saccadic eye movement can indeed improve test performances for some people (Lyle, Logan & Roediger III 2008).

To be more precise, it is beneficial to strongly right-handed individuals. Interestingly, the same ritual of moving your eyes from side to side didn’t work for people who preferred to use their left hand or were ambidextrous. In fact, some of them even showed an increase in the development of false memories and made more mistakes during their tests.

But, for those that benefited from the exercise, the benefits were significantly noticeable. After only 30 seconds per day of moving the eyes from side to side, they saw an improvement of about 10% of correctly memorizing words, and they created 15% fewer false memories.

When it comes to brain hacks that take less than five minutes to do, finding and playing certain types of music might be the easiest one. All you need to do to get this brain hack rolling is play a bit of music while studying, and your nervous system will instantly get a significant boost, right?

Well, it is actually far from being that simple. For starters, many studies show that music can negatively affect your performance. One study from 2012 found listening to music with lyrics can be distracting (Shih, Huang & Chiang 2012).

However, instrumental music has been proven to be helpful for some tasks. Back in the early ’90s, the world was buzzing about the “Mozart effect”, thanks to a study that showed that listening to Mozart greatly improved the ability of test subjects to imagine complex objects and mentally rotate them in their minds. Moreover, the “Mozart effect” substantially benefited people with creative jobs (Rauscher, Shaw & Ky 1993). Many other studies have been conducted since then but unlike the pioneer study, they obtained slightly more inconclusive results. They discovered that “more studies are necessary, involving longer-term exposure to Mozart and to a wide selection of other composers before the effect can be fully assessed [although] there is a [proven] beneficial effect on some patients with epilepsy.” (Jenkins 2011)

Believe it or not, your brain uses a lot of effort to improve your spatial awareness. In essence, your spatial memory has one of the highest-priority tasks. Just think about how easy it is to remember where an important location is. And, you have to admit, sometimes it can be quite tricky to get to that location. There can be dozens of turns and twists, but you will still never get lost on your way home.

So, why wouldn’t you put that brainpower to good use and try to leverage these principles to force yourself to remember gruesomely long shopping lists? This hack is quick and rather simple. You start by imagining a location that you know like the back of your hand, for example – your living room. Now that you have the location in mind, it’s time to start remembering lists. Think about each item that is on the list, and find a location for it in your imaginary living room. If you need to buy batteries, put the remote on the table but opened in a way that shows that it needs batteries.

Studies have shown that the “memory palace” can drastically improve your ability to remember long lists. In fact, a study from 2014 showed that 100% of the participants agree that this mnemonic exercise is effective. And, a 100% success rate is not something you will commonly see when it comes to brain hacks (Qureshi 2014).