How Fun Games in the Office on Fridays Help Team Building 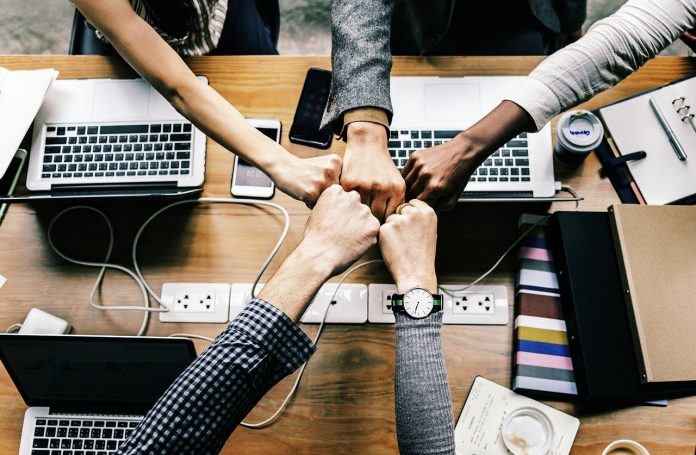 In recent years, the number of seminars and workshops dedicated to improving teamwork and efficiency has sharply increased. Now, more than ever, managers realize the potential that lies in individuals and teams alike and recognize the inherent value of keeping employee turnover low.

Regardless of these positive trends in the business world, the office is still a place packed with all sorts of people with varying degrees of self-sufficiency, competence, ambitions, and, perhaps the most tensity-cranking trait of all, character. Sooner or later, disagreements or even conflicts are bound to happen, and they can rarely be fully anticipated and prevented.

This is where team-building games enter the stage – the more fun they are, the better. While conflicts aren’t always preventable, they can be treated, which is exactly how fun games in the office on Fridays help team building and diffuse tension.

You might be wondering why Fridays of all days. There are short games that could be played at the end of every workday or workshops that specifically focus on strengthening office bonds on a monthly basis.

However, trying to get your employees to play games every day might be a bad idea in terms of productivity, while having monthly workshops isn’t enough to take care of all the disagreements that happen every week. Moreover, the constant blurring of lines between work and fun can lead to increased cynicism among some employees, as research suggests (Fleming 2005).

But, scheduling these fun games on Fridays helps alleviate stress and resolve issues among coworkers and the managerial layer before the weekend hits, which is the perfect time to let off some steam and work on team building.

Besides being doable on a weekly basis, having fun games on Fridays can get teammates to learn more about each other. You may even find someone to hang out with that one weekend when you had no other plans!

Maybe you’re still working for one of the companies that do not employ team building activities and are unfamiliar with why workshops exist in the first place. Everything’s working fine, so why should you have to do it?

Research shows that inter-team competition is not as important as the competition among different teams in the company, with the latter being far more influential in terms of productivity and social status inside your group (Kato & Shu 2011).

However, in order to compete with other units inside the company structure, each member of each individual team has to be their best version of themselves, highly competent at what they do, and capable of keeping up with the rest of the team both knowledge and skill-wise.

This is achievable through organized team building activities, where team members get to share their knowledge, increasing the competence of each member, and learning how to cooperate better. Not only does getting to do this on Fridays help reduce the stress and settle interpersonal differences, but it also provides employees with a stronger foundation on which to build and work every subsequent week.

How Can Fun Games Help

We’ve already established why it’s a good idea to hold these team building activities on Fridays and what the usual benefits are. Now we’ll go over all the reasons to make these activities as fun as possible.

By making all the activities as fun as possible for the participants of the team-building workshop, you’ll make them want to take part in the activities instead of just sighing with annoyance because they have to do it.

Selecting only the interesting games will surely lead to more employees being willing to participate and cooperate to the fullest extent. Instead of wrecking everyone’s Friday with boring speeches and presentations that don’t seem to have an end, pick only the most engaging and shortest activities that you can.

Besides making everyone on the team want to get involved, choosing only fun games will also cut back on all negativity and self-doubt floating about and increase the morale of all the employees involved.

The way this happens is by making all the team members feel as if they’re a part of the team, not just by name but by function as well. Seeing their coworkers and managers all having fun together and dragging out that best, most humane part of them, will show each team member that their coworkers are also fun-loving, real people. This will, in turn, affect the way you perceive your teammates and react to their mishaps, reducing the number of complaints to HR and increasing the overall morale of the team (Ford, Newstrom & McLaughlin 2004).

We’ve mentioned how you’ll get to see the more personal, fun-loving side of your coworkers, but fun games can do so much more than that.

Aside from making you realize that you work with loving and feeling people, whose gripes and problems are just as real as your own, you’ll also get to see their approach to work, their problem-solving techniques, and most importantly – the way they think. Why are fun games in the office on Fridays important for that as opposed to a regular workshop? They lift everyone’s spirits and make them want to show what they’ve got, instead of being forced into it.

Much like other workshops and seminars, the goals of fun games are to educate the employees, have them freely share the skills they’ve attained, and improve teamwork.

Using fun games to achieve this will make the entire process faster, smoother, and more honest, netting better results in a shorter amount of time and thus, increasing the overall efficiency of the team.

Finally, as we’ve stated above, the competition among separate teams inside the company can be beneficial for productivity.

Fun games in the office on Fridays will get everyone together and make the team feel like a functioning family, increasing collaboration and reducing conflict while encouraging them to compete against other teams.

Everyone should stand in a circle and face each other. Each person should then put their right hand out and grab a random hand of one of the people across from them. Then, tell them to put their left hand out and grab another random hand from another person across the circle. Set the time limit, during which the group needs to untangle the knot of arms without releasing their hands. If the group is too large, make several smaller circles; that way, everyone will be able to play at the same time. Then, it would be a good idea to have a rerun and mix people up.

Have everyone come up with an idea on how to improve something in the office or their community with little to no budget. Discuss plans, ideas, and steps you would take in order to achieve your goal. Finally, vote on whose idea is the best (you can do it in groups as well), and award that individual/team with the discussed budget that will go into building a better place for everyone.

This is the good old memory game taken to a whole new level of difficulty and so amped up that only the sharpest of memories will be able to handle it. Have the employees sit in a circle. Go around the circle and ask each employee what they prefer – tea or coffee, and have them say how they take their drink (sugar, milk, etc.). The next person in the circle should then add their preference and also state all the choices of all the people that preceded them in the game. You can see where this is going – add a lot of people to the game, and you get a mentally demanding game – and also one that’s bound to give employees a chance to learn something more about each other.

Despite being short, you should only do this game if you have a bit more time for fun or a smaller team. Have everyone on your team tell a short story that can be true. The others then have to determine if the events from the story truly happened or whether they were fabricated. At the end of the game, have employees vote on which true and which fake stories were their favorites.

There’s no doubt about it – team-building activities have shown to increase the unity and strength of any given team, providing them with knowledge, skills, and teamwork necessary for all of the employees to strive within the company. Making these games fun will boost team competence and make it happen voluntarily.