6 Negative Effects of the Lack of Physical Activity 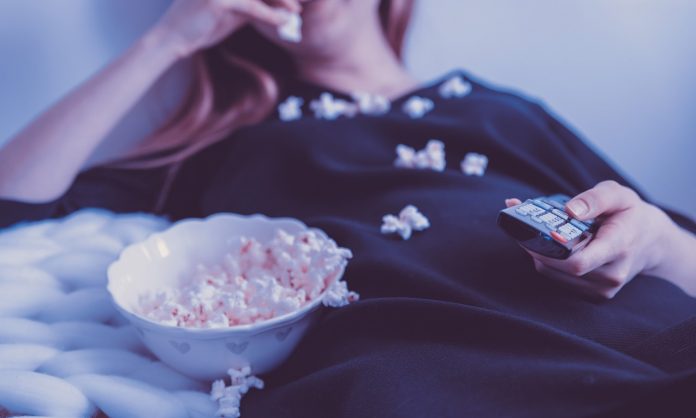 As a complement to healthy nutrition and a positive mindset, physical exercise is an inseparable part of the holy trinity of health. The lack of physical activity is one of the main causes of serious health conditions, some of which can be permanently or fatally damaging.

The negative effects of physical inactivity are a global-scale problem and some shocking reports have discovered that 2 million people around the world lose their lives in the face of this life-threatening inactivity epidemic.

1. Increased Chances of a Stroke

According to the Centers for Disease Control and Prevention, each year, nearly 800,000 adults in the U.S. suffer from a stroke. Although smoking and excessive alcohol consumption still remain the biggest risk factors, recent studies show that physical inactivity might be just as risky.

Physical exercise boosts metabolism and lowers blood pressure, leading to decreased chances of developing hypertension and cardiac disease – two of the most common risk factors inducing a stroke. Among other things, “physical activity can play an antithrombotic role by reducing blood viscosity, fibrinogen levels, and platelet aggregability and by enhancing fibrinolysis, all of which might reduce cardiac and cerebral events.” (Lee et al. 2003). To put it bluntly, exercise keeps your cardiovascular and nervous system in good shape, minimizing the chances of stroke by at least 50 percent.

Science made an incredible discovery by uncovering the fact that moderate physical activity prevents the cells from aging. However, it’s not just any physical activity that can do this kind of magic. Endurance training is said to be the one with the most potential.

This type of training strengthens the heart, boosts the immune system and speeds up the blood flow, preventing the cells from slowing down by constantly supplying them with energy and nutrients. Most incredibly, moderate physical activity (running, swimming and biking, in particular) actually protects the DNA material in our body which helps the cells replicate and stay healthy.

3. The Risk of Osteoporosis

Usually defined as the loss of calcium in our bones, osteoporosis is one of the most common ailments of our skeletal system. According to the International Osteoporosis Foundation, “one in three women and one in five men aged 50 years and over are at risk of an osteoporotic fracture”. (What is Osteoporosis n.d.)

As we exert pressure on our bones while working out, osteoblasts (bone cells) adjust accordingly in order to support the weight. Unless constantly challenged and stimulated, the bones hibernate and consequently deteriorate.

The bones’ mineral density (BMD) is well promoted with resistance training and body-weight exercises. On the other hand, activities such as walking, running, or swimming may not increase bone density but they will inhibit or slow down bone loss as well as reduce bone fractures. After conducting extensive research on bone density in osteoporotic patients, scientists concluded that resistance exercises and the ones with the domination of cyclic activities (such as cycling or swimming) appeared to be site-specific and able to increase muscle mass and/or BMD only in the stimulated body regions (Benedetti et al. 2018).

Chronic Fatigue Syndrome is a sly and insidious disease. Those affected are seldom aware of the condition which usually goes untreated for this particular reason. It is characterized by heavy fatigue and even plain laziness to such an extent that the patient might appear unenthusiastic and dispassionate about everything.

Little is known about the specific causes of CFS but studies demonstrate that “a sedentary lifestyle is prominent in people with CFS”. (Newton et al. 2011) In cases when a person is diagnosed with CFS, the doctors usually recommend the gradual but steady introduction of physical activity which, so far, has shown to have tremendously positive outcomes.

5. Proneness to Stress and Anxiety

Physical activity is known to be one of the best cures for excessive stress and anxiety. Individuals who lack physical exercise often report higher levels of anxiety which prevents them from performing better at work and committing to family and friends.

A sedentary lifestyle is becoming an increasingly serious problem in the modern age with billions of people glued to their screens while working around the clock. As advocated in Harvard Health publications, regular exercise (three to five times a week for at least 30 minutes) dramatically decreases the levels of cortisol (stress hormone), inducing a feeling of ease and most importantly, leading to a good night’s sleep vital for mental and physical health.

6. The Risk of Bowel Cancer

Bowel cancer, also called colon or colorectal cancer, may affect people of all ages. High-risk groups include people over 50 years of age, especially those that lack physical activity.

Various studies have confirmed that physical activity significantly reduces “gastrointestinal transit time” which means that the ingested food spends less time passing through the colon, thus reducing the exposure of the tissue to potentially carcinogenic substances (Friedenreich, Neilson & Lynch 2010). In addition to this, exercising is also said to lower the levels of insulin which sometimes plays a role in cancer development.

We may freely say that physical activity is the ultimate remedy or, at least, an ultimate means of prevention for countless health conditions. For this reason, it’s extremely important to start nurturing healthy habits as early as you can, although it’s never too late to change your life for the better.

Emily P.G. Erickson
In beforetimes, the screentime bar graph on my iPhone, which shows how much time I spend on the device, was a neat collection of...

Colleen Murphy
People use terms like “toxic” and “narcissist” and “gaslighting” these days. Practically every article you read refers to relationship terms that aren’t well defined. You... 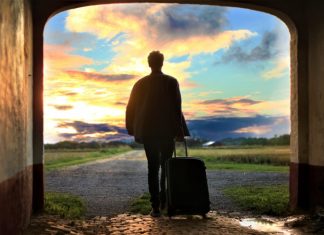 Leah Njoki
You’re trapped in a soul-crushing marriage that you can’t wait to leave. You’re tired of burying pieces of yourself in the rubble of a...

How to handle emotions

5 Scientific Reasons Exercise is the Antidote for Anxiety