Five Scientific Ways Your Body Can Heal Itself

Written By Damjan Tanaskovic
and 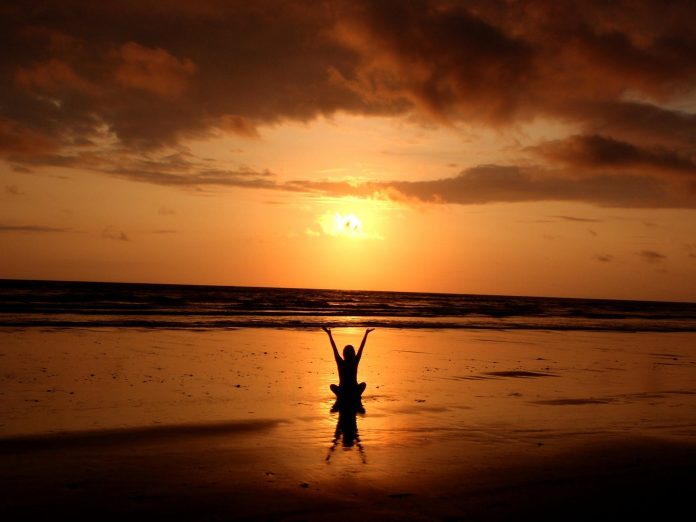 Our bodies are a fascinating subject, even more so when you consider how little is known about the intricacies of each organ. The science of the human body has advanced tremendously, bringing various biological systems to light, with its sights set on discovering all there is to know about the underlying mechanisms governing our lives.

While all the particularities of our bodies are yet to be uncovered, we are already aware of many scientifically proven ways in which the body can heal itself. Perhaps you’ve heard about some of these, or maybe they’ll come as a surprise, but reading on will surely make you appreciate the innate healing power of the human body.

Amazingly, the only internal organ that can regenerate itself is the liver. Damage to other organs is replaced by scar tissue, but the liver has this almost alien property of fully recovering its mass that was either lost to partial hepatectomy (partial removal of the liver) or chemical injury.

Notice that we say mass, but not shape – liver regeneration is achieved by the division of mature liver cells, or hepatocytes, and not by pluripotent cells, which can reproduce the shape of the organ. In fact, the liver was proven to be able to regenerate 70% of its mass and restore all of its functionality (Miyaoka & Miyajima 2013).

Unbeknownst to many, this is the precise reason why it’s enough to perform only partial liver transplantation from a donor, increasing the number of organs that are available for transplantation (Taub 2004). When the liver has reached sufficient mass to fulfill the needs of the organism it is in, it stops growing.

Studying the underlying mechanisms of liver regeneration is crucial to establishing promising therapeutic strategies that will help a lot of patients with serious liver conditions.

You don’t have to break a bone for it to regrow – in reality, there are dynamic processes at play during which old bone is replaced by the new one, an interplay crucial to the proper maintenance of the skeleton.

The process of bone regrowth is, besides being exceedingly complex on the molecular level, rather straightforward when dealing with it in the clinical setting. You get a cast that’s supposed to stabilize the hurt limb and keep it in place while your body takes care of the rest.

Astonishing mechanisms of our bodies are activated, first leading to a blood clot. The clotted blood accumulates around the fracture, providing something like a natural plug. The immune system triggers inflammation, an important part of the healing, followed by a call to nearby cells that begin to form the cartilage. After about a week, the formation of cartilage is finished, and three weeks later, a period during which callus grows stronger, the formation of a new, mature bone begins.

Fractures usually heal without the formation of scar tissue, with the new bone being almost identical to the surrounding, undamaged bone (Dimitriou et al. 2011).

In recent years, more and more evidence of the lungs’ ability to regenerate some parts of the tissue has surfaced, prompting scientists to invest a great deal of effort into finding the mechanisms that dictate such behavior.

To this day, there is still no definite answer. However, evidence for the proliferation of stem and progenitor cells and the expansion of the lung tissue definitely exists (Hogan 2014).

Until we have more concise information about the regenerative properties of the lungs, we can rely on their other important features, such as their cilia. These tiny hair-like structures are the lungs’ way of cleaning themselves by whipping the mucus upward and out of your alveoli. Smoking will reduce cilia’s mobility and lead to mucus buildup, which in turn causes inflammation and swelling. When left on their own, cilia will keep the lungs mucus-free and can heal some of the damage (not major damage, mind you) caused by smoking.

Considering that food can be the source of unhealthy and toxic substances and often riddled with viruses and bacteria, we can safely say that the small and large intestines are hard at work, keeping our bodies nourished and protected from unwanted germ intrusions.

Perhaps, it’s better to say that the epithelium, or the barrier lining our intestines, is the one we should be thanking instead. The epithelial lining is so efficient at renewing and regenerating itself that you can expect it to fully shed the old cells and replace them with new ones in a matter of days, leading up to a week. It’s absolutely necessary that it does so – the epithelium is the one filtrating all that is harmful to the organism and accepting only nutrients.

Obviously, this rapid reparation of the epithelium has attracted a lot of attention from the scientific community, and stem cells have been found to cause this amazing regeneration.

The largest organ of the human body, the skin, possesses some of the regenerative powers that we’ve already seen in some of the previous entries, and the heroes behind the whole process are, again, stem cells.

Various tissues work together to protect us from the external environment and harmful microbes. We’re constantly shedding dead cells from our skin and renewing them so that we can resist all potential intrusions. About twenty of the top layers of our skin are dead, replaced by fresh cells emerging from the bottom of the epidermis.

During homeostasis, stem cells in our skin work uniformly and usually stay in their specific tissue territory. However, in case of an injury, systemic and local environments change dramatically, and these stem cell populations display remarkable plasticity (Gonzales & Fuchs 2017).

We have only just begun to fathom how complex and incredibly well-organized our bodies are. It has confounding regenerative properties that we have to explore, and we must pursue the noble cause of learning all there is to be learned about the underlying mechanisms and their inner workings. Only then will we be able to fully employ what we’ve discovered and provide the means to fight some of the most vicious diseases.

The liver is the perfect example – we now know that a partial hepatectomy is a great weapon against the most brutal of liver and colon diseases. We’re still far away from knowing all the answers, but all the breakthroughs in the last couple of decades are indeed encouraging.