How to Increase Self-Control in Children 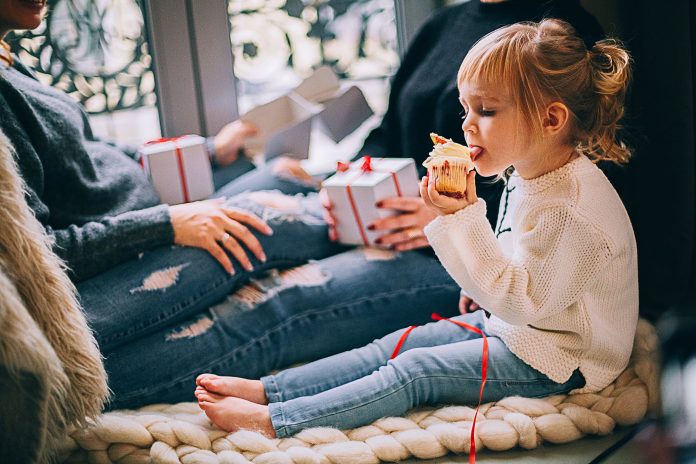 Have you ever been in a situation when your three-year-old started throwing a tantrum over a toy you were reluctant to buy? The youngster keeps putting on a show for the innocent bystanders, your nerves are wearing thin, and the situation seems to be getting out of control?

If you have a record of such fussy episodes, you must have pondered about the ways to teach your child self-control. Whether we speak about children or adults, self-control has a unified definition regardless of our age. We can control our emotions and actions in situations when we would rather have it the other way round. In both long- and short-term goals, it is us, the adults, who need to have the upper hand and successfully guide our youngsters on the way toward self-control.

You Initiate the Process

Parents display a wide range of reactions when their child starts acting out. Unfortunately, in the majority of cases, they will try and shun the child’s efforts by ordering them to stop crying or screaming. The parent eventually loses control and behaves in an almost identical manner – yelling, swearing, and shouting. Instead of being level-headed, parents do quite the opposite and get into fits of anger. As a consequence, the only thing a child sees is a frenzied adult prohibiting them from doing something. It is by controlling your temper tantrums that you teach a child how to follow in your footsteps.

As adults, we should solve problems practically and calmly. By doing that, we serve as a role model for our children while simultaneously earning their trust. Our example shows them that we can solve negative behavior through common sense, conversation, and mutual understanding. Applying brute force is never an answer. It’s “a way of teaching children to rely on it themselves.” (Kohn 2005) Children who don’t fear their parents’ reactions will achieve self-control more easily; offering an explanation is more likely to induce a positive response than plain screaming.

When you hear deafening silence when you call a child to come over, they don’t want to be bothered and choose not to respond. Situations like these are perfect for practicing obedience. Not only will a child learn to conform to the request but will also master the skill of leaving an otherwise enjoyable activity for the sake of obeying a parent.

A child must develop a sense of others’ needs and, consequently, compassion and empathy. Ask them to do something for you or help you out, no matter how trivial it is. Most importantly, you have to be persistent and consistent in your requests, even if it means reminding them of the importance of obedience several times a day. Make an effort by insisting they should do the exact thing you asked them to do. It might seem harsh, strict, and perfection-driven, but at the end of the day, it’s for their good. Promoting perspective-taking can prevent angry fits because a child will realize there are other people they should take into account as well.

The Importance of Routines

A lot of parents find it easier to do tasks that should be assigned to their children because they think it’s more time-saving and efficient. They also believe they are saving their youngsters from being bothered with things they don’t enjoy doing. In reality, spoiled children have little to no self-control. If we teach a child how to autonomously perform certain routine tasks, such as making their bed, dressing themselves, or rearranging their toys, we will help them create structure and independence. According to Wendy S. Grolnick, a Professor of Psychology at Clark University in Massachusetts, “the goal of autonomy-supporting parenting is to facilitate a sense of self-initiation in children and to support their active attempts to solve their own problems.” (Grolnick 2003)

Children who are brought up in an environment where parents don’t perform tasks of which the youngsters are perfectly capable, grow into self-disciplined adults who will know how to look after themselves. You should always make sure the tasks are age-appropriate.

Praise the Acts of Self-Control

Being consistent in disapproving negative behavior means that you also have to be consistent in praising the positive. Under no condition should you bribe a child with presents or money. Instead, their only reward should be the acknowledgment of praise. In some circumstances, you can even allow some extra playtime.

Be aware of the thin line between the improvement and the routine. At some point, making their bed will become a routine, and there will be no need to acknowledge and compliment it repeatedly. On the other hand, if the task is still challenging, and you see your child putting in the effort, that’s the time to laud their attempts and compliment their success.

Patience is a Virtue

Children find waiting for a troublesome task. Five minutes seems like an eternity. If they need to wait for something (medical check-up, bank queues), try to fill the interim with an enjoyable activity such as a picture book or a toy. This will help them redirect their focus, thus teaching them to manage themselves while waiting, i.e., self-control.

If you are using a reward as a behavior enticement while waiting, never allow yourself to cheat on a child by promising something you know won’t happen. Only if they know they can trust you with a valid reward will they likely display patience and tolerance.

Any desired behavior should be reinforced by eliciting the reasons for its urgency. Solid assertion and reasoning make it easier for youngsters to understand why they need to do something. In these instances, vivid and expressive descriptions of several possible outcomes of their behavior can do magic. At that point, you should let them make the right choice and they inevitably will.

This also applies to situations when you witness another child having a fit of anger. You should invite your child to reflect on that particular situation and let them conclude intuitively what seems to be the problem. Picking up on such cues might be tremendously important the next time they need to consider the behavior.

The art of self-control is the one that’s mastered over time and never happens overnight. Tailor the methods and approaches according to a child’s age and personality. The rule of thumb is to be patient and consistent in your attempts and listen carefully to whatever hints the little ones are giving.