How Connecting with Nature Benefits Our Well-Being 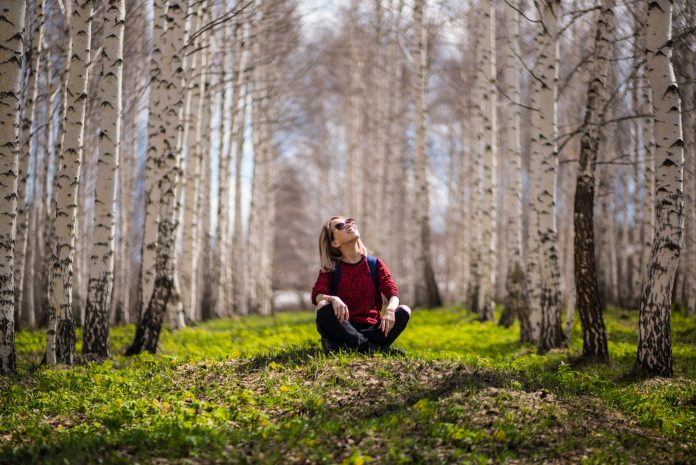 It’s common knowledge that our environment plays a significant role in how we feel – too much noise makes us edgy, too many people make us ill-at-ease, too many tasks make us stressed and yet somehow, all these negative feelings seem to wash away the moment we step inside a natural and tranquil setting. This comes as no surprise, especially since humans historically lived in perfect union with nature before the mass movements to the cities began.

The umbilical connection with nature has never indeed been severed, even after centuries of living in concrete jungles. There are so many instances of how connecting with nature benefits our well-being. The sooner we start reconnecting, the better our chances of attaining the inner peace our ancestors knew so well.

The Soothing Properties of Nature

The science behind the soothing effects of nature helps shed light on why we actually feel so good in natural environments. According to some theories, we have a predisposition to enjoy the time spent in nature, simply because we have learned to associate it with positive aspects, such as food, comfort, and shelter. It appears that just by looking at a photo or a video depicting natural settings evokes a positive emotional response because our brains release more of the feel-good hormones such as dopamine and serotonin.

Back in 2013, Snake River Correctional Institution in Oregon faced a big problem – inmate violence and suicide reached a shockingly high rate and to such an extent that the administrators had to find a way of coping with this alarming situation. They did this by creating a video library comprising 39 films about nature and natural environments. They introduced a projector in one of the exercise yards in order to play the movies to the inmates. Dividing the prisoners into two groups, they allowed one group to choose and watch nature videos during recreational periods while the other group had no access to the videos whatsoever. A year into the experiment, the first group of inmates had astoundingly lower levels of aggression, despondency, and anxiety, displaying 26% less violent outbursts and suicidal tendencies. Due to the experiment’s impressive success, the administration decided to allow more prisoners to participate in the project and the favorable outcome inspired several other correctional institutions to follow in their footsteps.

Undoubtedly, one might think that it’s easier to produce this effect in such extreme conditions, but the reality is far from that. In fact, the human-nature relationship was shown to be extremely beneficial in almost any given situation. The research conducted in the field of environmental psychology (i.e., the branch of psychology studying the connectivity between people and the environment) almost unmistakably demonstrates the powerful effects nature has on stress relief and mental fatigue. What’s more, “there are also immediate benefits from spending time in nature, such as higher positive affect, increased energy, and less anger.” (Li et al. 2018)

The Enlightening Properties of Nature

At least once in a lifetime, every person feels inexplicable awe when faced with breath-taking scenery, gigantic trees, formidable volcanos, or vast waterways. Irresistible and infinitely stimulating, nature has its way of making us feel humbled and reflective of our position in the universe. It sparks appreciation and gratitude in us, which often stems from self-reflection when we realize how small we are in comparison. If nurtured, these feelings can improve our relationships and strengthen the bonds we have with our family, friends, and even strangers passing us by in the street. In the world of ever-growing urbanization, it has become increasingly difficult to connect with nature, and hence, we deny ourselves the possibility to connect with others on a deeper level. When we alienate ourselves from the natural world, it’s too easy to slip into isolation and selfishness.

What’s more, spending time in nature can raise awareness of the damaging effect we have on the surrounding world. Although there is still only a fraction of people who deny that climate change is happening, a great deal of humanity is well aware of the changes. By becoming aware of the detrimental aftermaths of environmental negligence, people are more motivated to take the necessary steps toward preventing them. These acts of kindness can go a long way in making the world a better place.

The Healing Properties of Nature

Now that we’ve established the miraculous effect nature has on our minds, it’s time to delve into the sheer chemistry and biology behind the process that can improve our physical health.

Qing Li, one of Tokyo’s leading immunologists and a professor at Nippon Medical School, dedicated several years to studying how spending time in nature improves our immune function. What he discovered was that the activity of tumor-exterminating cells increases and releases anti-cancer proteins during the time the participants spent in nature (the term known as “forest bathing trips” in Japanese culture), thus concluding that these “trips may have a preventive effect on cancer generation and development.” (Li 2010) In addition to this, his thesis also reflected on other chemical reactions that occurred in the process, some of which proved yet another benefit of forest bathing. The amount of adrenaline, a hormone known to intensify whenever we’re faced with anticipation or stress, dropped drastically after the participants spent time in nature.

Even the mere sounds of nature have a miraculous impact on our well-being and brain activity. When the researchers at Brighton and Sussex Medical School conducted a study on how natural sounds vs. artificial sounds affected our minds, they obtained astounding results. What they discovered was that the areas of our brain, which are active during rest or otherwise non-stressful situations, were also active while playing nature sounds. Conversely, the areas of our brain which activate in fight-or-flight and stress-induced situations showed activity while the testees listened to artificial sounds.

Connecting with nature is beneficial for our well-being on so many levels. Its power to restore, heal, and bring a sense of peace does wonders for the human psyche while simultaneously representing the vital force that propels our spirit forward and beyond, healing our minds and our bodies with an invisible magic wand.