Personal Growth: There Is No Failure, Only Feedback

Written By Stella Vark
and 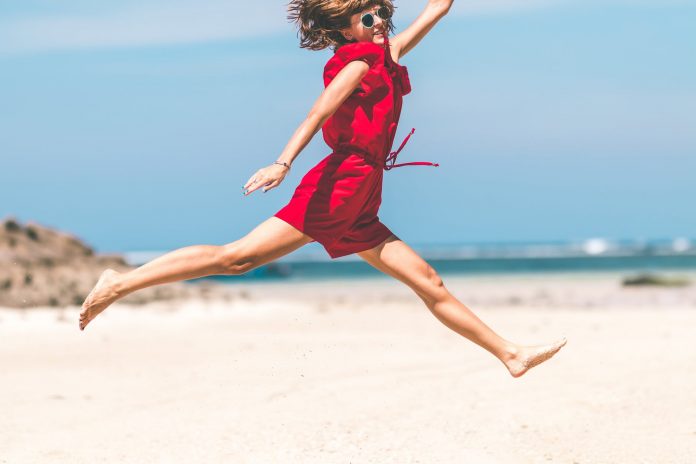 If you’ve got your life on track right now, failure probably isn’t a topic you like to think about. You want to stay positive and avoid dwelling on past mistakes. This is a good approach in general – focusing on your strengths lets you keep growing in your professional and personal life. It helps you face down stressful situations and come out on top. But what happens when something goes wrong?

Even the most successful people will run into problems sooner or later. What matters then is the way you react to a perceived failure.

Once you learn to take a mindful approach to failing, you can use the opportunity to become better at the things that matter to you the most. Your mistakes can become the basis of positive change. However, this takes preparation and some self-reflection, as well as a great deal of honesty. It also requires dealing with emotions you might prefer to ignore.

How do you change the way you think about failure? Here is a look at some facts and techniques that could help.

How Does Our Brain React to Failure?

First, the bad news. Failure is not helpful, in and of itself – messing something up now doesn’t automatically mean that you’ll get it right in the future.

Consider a well-known animal experiment (Joelving 2009) which compared how the brain reacts to success with how it reacts to failure. The test subjects were monkeys, and they had a simple visual task to complete. If they gave the correct answer in one round of the test, their success rate grew in the following round. But if they didn’t get the correct answer, their success rate remained average.

This led scientists to conclude that success breeds success, and failure doesn’t necessarily do the same. But what about humans – do our mental processes improve after we do something right? What happens when we get things wrong?

An experiment published in Psychology of Sport and Exercise (Lebeau et al. 2018)
had some promising results. Working with 41 adult human participants, this experiment featured putt-golf tasks, and the scientists also measured the participants’ emotions and their ability to solve cognitive tasks (such as simple math problems that had a time constraint).

They found that failing at tasks has a negative impact on people’s emotions and their sense of self-efficacy. At the same time, it doesn’t decrease on their cognitive abilities or motor skills. Sometimes, the participants even got slightly better at solving tasks in spite of their failure. Once again, success had a positive impact on all scores.

The great news is that there are a few ways you can work on your emotional responses to failing. When you do that, you can transform failure into a useful experience. Figuring out how to do that is one of the many goals of applied psychology.

What Can You Do to Turn Failure Into Growth?

Here are some improved ways to respond to mistakes.

You might have already heard of the motto “No failure, only feedback.” This is one of the tenets of NLP (neuro-linguistic programming), and it can help you take a different view of your mistakes.

NLP is a set of techniques that can help you alter your unconscious biases by using your brain’s language processing center. You’ll also find similar concepts in mindfulness training, CBT, and other branches of applied psychology. Whichever method you may choose, it’s a good idea to work with an experienced professional who will help you pinpoint the thought processes you need to change.

What does the motto mean?

The core of the idea is to let go of the categories labeled ‘failure’ and ‘success.’ Instead, think of all your results simply as feedback. If something you tried didn’t work out well, what matters is that it gave you new feedback you can use.

In other words, you can try to approach your experiences as though you’re performing a science experiment. A failed experiment isn’t a waste of time – it gives you new data to build on.

Every time you try something new, the outcome will give you some valuable insights. You will learn about yourself, your surroundings, and the goal you’re working towards. You may learn that it’s time to change course, or that you need to apply different tools to the same problem. Sometimes, you’ll conclude that you need to start working on a new problem altogether.

Whether or not you’re currently able to conceptualize failure as feedback, it’s useful to learn a script that will help you react when something goes wrong. The following steps are simple but important, and they can help you avoid any sudden decisions or spirals of unhappiness.

When something goes wrong, you might be tempted to ignore it, especially if the consequences aren’t immediately noticeable. Fleeing into denial is a natural response, but it can cause serious complications down the line. For some, it is also tempting to find a scapegoat – if you can pretend that the mistake happened only because of someone else, you won’t have to make any changes at all.

Again, how you frame the situation is up to you. Your mistake gave you new information, so you shouldn’t ignore that information or waste time trying to blame others.

But at the same time, you can’t avoid having emotions about what happened. You were hoping for success and you didn’t achieve it yet. Feeling sad, angry, or even ashamed isn’t unusual in that context.

What’s important is that you let yourself become aware of your emotions. Acknowledge them, if only to yourself – and don’t forget that you can also talk about them with your loved ones or with a professional. It can also be useful to discuss your emotions with a coworker who knows the details of the situation, or a stranger who’s been through the same thing.

Once you have acknowledged the failure and your feelings, it is time to move on.

Feedback only matters if you act on it, and the most important step is to keep going. Perhaps you should repeat your previous attempt but with small changes – or it could be time to start something entirely new. Whichever way you go, use the things you learned when you failed. If you still feel angry or restless, you can turn your emotions into motivation.

Just keep going and trying new things. In time, your past failure will become a source of wisdom and inspiration.

Everybody Fails, So Why Not Use It as a Bonding Experience?

Unfortunately, failure doesn’t guarantee you’ll succeed the next time you try. But it does guarantee data which you can use to your benefit. There is also another important upside you should keep in mind.

At work and in life, empathy can help you become both more successful and more content. If you let yourself fail and learn from it, you will develop more empathy for the mistakes made by others. This can make you a better coworker, better leader, and a better partner or parent.