The Real Reasons You Procrastinate (and How To Stop) 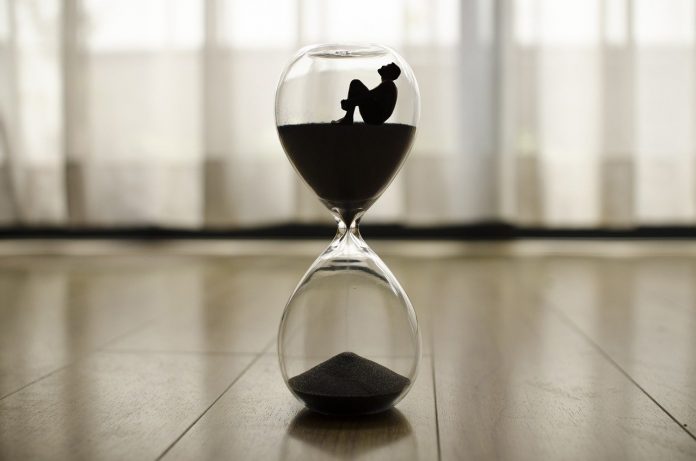 Stuck at home because of current events? Congratulations, you finally have all the time you could ever want!

It means you’re doing lots of things that Make Sense — you’re taking care of your health, keeping up with work from a distance, and you’ve already cleaned the house from top to bottom. And because this is the perfect time to change your life, you’re also working towards your long-term dream.

But hey, you deserve the occasional break: doing Fun and Easy things, like going on a Netflix binge, taking a luxurious nap, or clicking around cool stuff online. Taking time to relax just leaves you feeling more energized and ready to conquer new challenges.

This is… probably how it works for some people. But for procrastinators, time management gets a lot more complicated than that.

The Master of Procrastination

To learn about the ridiculous intricacies of procrastination, you should look up Tim Urban if you haven’t yet. He’s a writer (who also draws bad stick figures), and he’s inspired millions of people — including some tech world giants like the co-founder of Twitter — to think and talk about what procrastination feels like to them.

Tim Urban made history with one hilarious blog post back in 2013, where he explained what procrastination feels like and why it makes us so unhappy.

Three years later, he was invited to do a TED Talk on the subject, where he condensed the main points (don’t worry if you don’t want to watch the video, I give you a quick summary below):

Fittingly for a confession on procrastination, Urban’s story starts at college, specifically with his graduate thesis. He had a whole year to write it, and he had a reasonable plan to start slow and add to his word count every week. He could have gotten it all done comfortably and with time to spare.

If you tend to procrastinate, or you’re close to anyone who does, you already know how that turned out.

As his deadline approached, Urban kept rearranging his plan. Even with a month before the deadline, he could have gotten it done like a reasonable person.

He started working on his thesis three days before the deadline. He skipped sleep two nights in a row, and he somehow produced 90 pages and submitted them.

At this point in the story, Urban smiles up at the audience and says his thesis was the best thing his professors had ever read. For a moment, we’re all tempted to believe in this work of genius he produced under pressure. Then reality crashes in, and laughter grows in the auditorium — we all know the thesis sucked, and Urban confirms it.

It didn’t have to be a sloppy disaster, and he didn’t have to back himself into a corner where the only way out was to pull two consecutive all-nighters. He is, he says, a reasonable adult. So why did this happen?

Urban got lost at his Dark Playground, and he couldn’t yank himself out of it until the situation was dire.

Let’s go back to that division from the beginning — activities that Make Sense vs. the Fun and Easy things we do to make ourselves feel better.

Sometimes, the two categories overlap. We know that taking a break in the middle of the workday increases productivity. We can’t be ‘on’ all the time, and sometimes we want to zone out and enjoy something fun and straightforward.

But all too often, we need to work (or do some exercises, or get started on those dishes)… and yet, we’re stuck doing Fun and Easy things instead. We know this doesn’t Make Sense, we’re aware we should be doing something else. At this point, these Fun and Easy activities stop being fun — and yet, we keep doing them anyway.

This is when we enter the Dark Playground. Here’s how Urban put it:

“The Dark Playground is a place that all of you procrastinators out there know well. It’s where leisure activities happen at times when leisure activities are not supposed to be happening. The fun you have in the Dark Playground isn’t actually fun because it’s completely unearned, and the air is filled with guilt, dread, anxiety, self-hatred, all those good procrastinator feelings.”

This is how you can end up watching your favorite movie and feeling absolutely nothing beyond a buzzing sense of panic. You know precisely what you should be doing instead, and you can’t stop thinking about it — you just can’t switch to doing it.

In his essay, Urban says that this is when “you find yourself in a bizarre purgatory of weird activities where everyone loses.”

Think of those time-wasting activities that aren’t fun even on the best of days, like rearranging your bookshelf over and over again, or clicking through some flash game you don’t even like. Not to be outdone when it comes to pointlessness, Urban used Google Earth to zoom in to ground level — this is how he decided to explore all of India.

At the time, it didn’t feel like a choice, though. It was simply what he ended up doing, all while wishing he was doing something useful.

Fine, So You’re Trapped in a Nightmare of Your Own Making. How Do You Break Out?

Urban’s answer is reassuring and upsetting all at once — you can’t break out until you start panicking.

Once the deadline is near enough, you get a panic reaction, get your self-control back, and then you get it done.

The panic reaction can also be triggered by a reminder, or by someone checking up on you. The important part is that your emotions and your fear of failure kick into gear, and they refuse to let you procrastinate.

It’s not a perfect system, for obvious reasons. It’s stressful, it lowers the quality of your work, and it doesn’t give you a buffer zone for emergencies.

… But it works out well enough, usually, with tasks that come with a deadline of some kind.

The real problem is when you have goals with no end date. This includes the essential things in life — like building good, loving relationships, or creating something meant to last.

This is where the system fails, and it’s also where Urban’s talk ends.

“I don’t think non-procrastinators exist,” he says, and he suggests we’re all procrastinating on something while time is passing us by.

“You’ll Panic and You’ll Get It Done Somehow.” Is That It? Really?

Urban wrote two excellent posts on the subject of beating procrastination — you can read them here and here. A quick tour of his advice:

All of this is in line with other wise words you can find out there about procrastination.

But the most important thing to remember is you need to understand your thought processes and avoid falling into the Dark Playground in the first place.

Even if you don’t have any pressing matters to attend to, this is a habit you want to get rid of. Instead, try doing something that brings you joy or something that needs to be done even if it’s not fun. Either way, you’ll feel much better at the end of the day.

Are you tempted to do something fun “for just five minutes” before you start working? Don’t go down that road.

You can have plenty of genuinely rewarding breaks later, but this temptation is where disaster tends to start.

Note: Much of the online entertainment we choose is addictive by design. For example, it’s worth reading this confession by a man who got addicted to Youtube videos — some of it might sound familiar if you’re a procrastinator.

By turning off the Autoplay feature, you can stop this kind of spiral before it starts (or you can use extensions to block recommendations altogether). You can also neutralize the lure of your social media feeds — by turning notifications off right now, you can spare yourself a trip to the Dark Playground in the future.

Urban’s take on procrastination is great for typical situations. But we’re currently stuck in a situation very far from anything we’ve experienced before.

If you’re procrastinating more than usual, you might be having a hard time managing your emotions the way you usually do. There is much to worry about, and it’s not surprising you want to indulge in something Fun and Easy.

So pay attention to your feelings, and don’t succumb to inertia. Even when you’re stranded and feeling aimless, the Playground isn’t your friend.